“There is a crack in everything, that’s how the light gets in.”
– Leonard Cohen

I love this Leonard Cohen quote because it gives me hope. Recently, I have been hearing several different stories where different native tribes have won cases that have gone through years of struggle and brought the tribes positive outcomes. One of those I already wrote about recently in the blog called “Standing with and Working Together” about the Lakota Sioux tribe of Standing Rock and their present success in stopping the pipeline from polluting their water.

I have heard two other recent successes where two other tribes in the Northwest have finally gotten social justice in regard to litigation that went on for 20 to 100 years on behalf of their tribes. These are a “few cracks” of hope I have that finally native people are starting to get restitution from the terrible past that white people in the USA have inflicted upon them. These native people are finally getting the legal and cultural respect and consideration due to them. Incidents I will bring up in this blog, as well as, besides what happened for the Sioux people in North Dakota give me some hope that some of us white folk are changing our behavior from the past ignorance and delusion that we had been living in.

In a blog from this summer that I wrote called “Working Together II” I wrote about the Paiute tribe.

After 100 years of not being able to fish for salmon in Burns, Oregon, many members of the Paiute tribe there, were finally able to fish for salmon on the Malheur River. The Paiute had had the cultural tradition of fishing for salmon on the Malheur River, prior to the dams. The Oregon fisheries manager, Erica Maltz, worked with tribal chairperson, Charlotte Rodriguez, to truck in and reintroduce 200 salmon beyond the dams that are on the Columbia and Snake Rivers, so that tribal members could fish for the salmon once again.
You can hear this story on Oregon Public Broadcasting radio:

This next story has to do with finally acknowledging a skull found in the Northwest that was found and dated to be over 9,000 old. It took over 20 years to prove that it origins came from northwestern native people.

Here is an article about the Kennewick man from Smithsonian Magazine last year.
http://www.smithsonianmag.com/smart-news/over-9000-years-later-kennewick-man-will-be-given-native-american-burial-180958947/

Here is a further story which has finally allowed the Umatilla tribe in Washington to bury Kennewick Man.

And this is a story near the end of December that was on OPB:
http://www.wnyc.org/story/122016-kennewick-man-goes/

This is a case where I am very thankful that Senator Patty Murray stood up for the rights of native people. That has not happened very often in the USA. Also I find the disrespect of “scientists” towards this tribe appalling.

When I searched the web for other victories for native people, I did NOT find them. We white folk still have a long way to go to respect the native peoples who were the first inhabitants of this USA before it was even a nation. I will continue to stand with native people and all people. They are my brothers and sisters. I will not let fear or division separate me from them. I will continue to look for a few cracks, so that the light can shine through for all humanity.

I am also a person who believes in karma, so that what you put out in the world you get back. For me, it is time that native people got their due and that the injustices of the past end. We, Caucasian Americans, started out our history in the USA killing native people, taking their land, moving them, destroying their food and water sources, etc. We are a new generation. This is the 21st century. We white folk do NOT have to repeat the sins of our fathers and mothers. I know better, and I believe there are others who feel the same as I do.

Since I also believe in numbers and the saying “three times is a charm”; last year we got our three times is a charm, as far as native people in the USA is concerned. I hope and believe it is time to turn the page and not continue to relive the horrific past we white folk have perpetrated on native people. It is time to grow up. We no longer have to be a white nation of thieves stealing native people’s land, food sources, water, and even their dead (through Kennewick Man), so that we (white folk) can have and do what we want with what is rightly theirs! 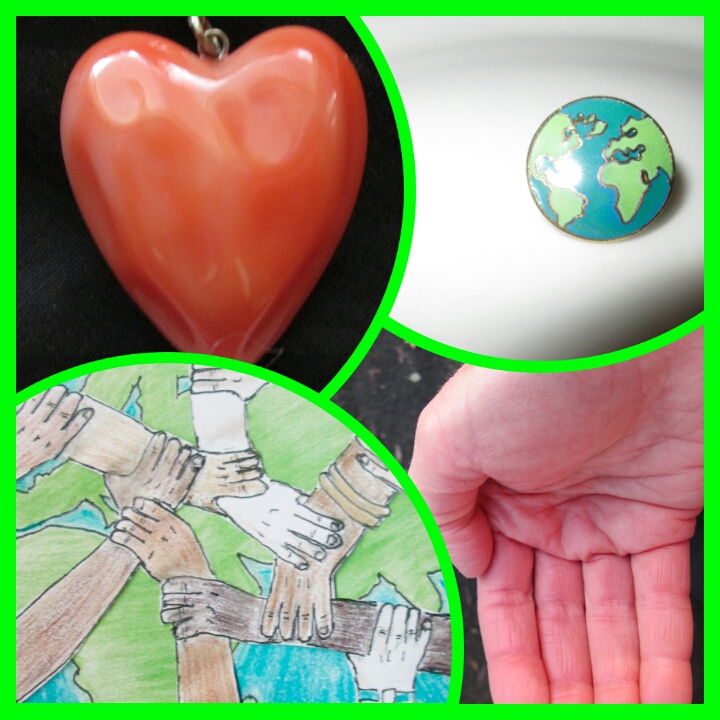 During my life when I have worked with a group, together we were able to accomplish some amazing things. This was particularly true when most of the people involved had the same commitment. The first time I experienced this, was with a volunteer organization called Beyond War in the 1980s. It wasn’t as if all of us agreed all of the time. In fact this organization taught me during a workshop I took, that conflict was a normal human behavior, so this was a peace organization which fully acknowledged people’s differences and honored them. I had never experienced that before neither in my family nor my marriage, so this was a life lesson I embraced whole-heartedly. Beyond War also taught me that all of us humans are one. 23 years of work as an English-as-a Second Language teacher solidified that belief about us humans.

Before the my years of working with Beyond War, which became Foundation for a Global Community, I was used to all conflict being solved with domination of the older or stronger individual and fights about who was right and who was wrong. There was no “win-win” for all people involved, except for the dominant person. There was little or no listening to each other and little learning or mutual respect. The “weaker” person was usually left feeling resentful towards the “stronger” person. Competition not cooperation was how we rolled and how I learned to communicate. When I became a single mother when my daughter was 4 years old, I still had this pattern of communicating.

Beyond War is still active in the northwest in Oregon, Washington, and British Columbia. Their website is: beyondwarnw.org/

and also lives on online as:

The group Beyond War showed me another way. When my daughter was in high school, at one point I put on my mirror in my bathroom “Would you rather be RIGHT or be HAPPY” as a way to remind me that being “right” was a sell out. My daughter put the same saying on her mirror in her bathroom, but when friends came to visit, she removed it because they asked her about it. At least every day I was reminded that I had a choice of how I responded.

These days I search for stories that show people working together toward something positive. Just last week I hear two stories. One was about saving an animal, a toucan named Grecia from Costa Rica. So many people were part of the process of helping this toucan. Also laws may change in Costa Rica to protect all animals from killers who have been maiming animals because of this story about Grecia. You can see Grecia and his story on youtube.

In another story from July, after 100 years of not being able to fish for salmon in Burns, Oregon, many members of the Paiute tribe there, were finally able to fish for salmon on the Malheur River. The Paiute had had the cultural tradition of fishing for salmon on the Malheur River, prior to the dams. The Oregon fisheries manager, Erica Maltz, worked with tribal chairperson, Charlotte Rodriguez, to truck in and reintroduce 200 salmon beyond the dams that are on the Columbia and Snake Rivers, so that tribal members could fish for the salmon once again.
You can hear this story on Oregon Public Broadcasting radio:

For a final story which is very current, concerns and the historic flooding and horrific damage in Baton Rouge, Louisiana and all the clean up help the residents are receiving from people from New Orleans and around the world. Try to listen to the entire podcast. I hope it will warm your heart as it did mine!

“Now we have black and white officials working together. Today, we have gone beyond just passing laws. Now we have to create a sense we are one community, one family. Really we are the American family.”
– John Lewis

All of these stories remind me that when we work with each other, we can make all of our lives better including our animal friends. Stories such as these fill me with hope about our common future.

You must do the things you think you cannot do. - Eleanor Roosevelt

a life with purpose

Chasing big dreams one photo at a time

we are fish that play in a sea of light

"The World is round and the place which may seem like the end may also be the beginning."-Ivy Baker Priest

Biblioklept
Turn About In Time

Inner Growth Therapy with Celine Elise Redfield M.A., ATR, LMFT a private practice in Portland, Oregon that specializes in helping trauma survivors heal from their trauma with the use of art therapy, somatic therapy and mindfulness.

The Art and Craft of Blogging

The latest news on WordPress.com and the WordPress community.